In business since 1991 under the same management and ownership. Fully Licensed & Insured with Workman’s Comp & General Liability.

We know who our customers are, and we know we are in the business of repeat business. We will never do anything to sacrifice our foundation of repeat and referral customers. This simple culture at Advanced drives most of everything that we do.

How can we help you?

Advanced Pressure and Gutter Cleaning was founded by Matt Schaltenbrand in 1991 as he began working daily in the business of pressure washing. Matt was only 15 years old at the time. He had another individual who worked with him, and drove, as Matt did not have his own drivers license at the time. For the early years, working under the company name Advanced Services, he won a large amount of business continuity in the same neighborhoods from referrals. In some occasions, Matt had actually done work for every homeowner on the street. This is attributed to his care of the customers he works for.

Over time, Matt and Advanced have actually developed processes and equipment, which has now become somewhat standard in the industry.

Advanced has been involved in almost every application of pressure washing and gutter cleaning with great ranges from everything residential, to all kinds of commercial work, including some very specialized and technical applications requiring customized equipment, rigging, etc.

Today, Advanced prefers to focus primarily on its residential customer base and maintains its employees, equipment and training procedures specifically for residential applications.

In the end, Advanced attributes its success to the many loyal homeowners who have continued to use their services repeatedly, and to refer Advanced to others. It is these people that drive the core culture of the company. Today, Advanced focuses 99% on repeat and referral residential customers.

As owner Matt states, “We know who our customers are, and we know we are in the business of repeat business. We will never do anything to sacrifice our foundation of repeat and referral customers.” This simple culture at Advanced drives most of everything that they do.

“In every application of our business, from gutter guards, to deck stains, and underground drain systems we will always be completely honest with our customers, and will never try to sell an inferior or untested product, as will so many other companies simply to make money on an easy sell.” You can expect Advanced to be completely honest in everything we do.

Generally, Advanced will only engage in business which is done using the highest quality and time-tested products, to provide our customers the best overall experience. From PVC underground drain systems instead of the corrugated pipe to all the different gutter material options available on a new gutter install. All Advanced projects and estimates are based on doing the job in a manner in which is equal to or superior to the standard industry practices.

As Matt says, “Unlike most guys, Advanced will not hide; our phone number will never change; we are right here in our office; you can drive here and talk to us if you want. We are not going anywhere. You can call us anytime, I am not interested in selling you anything that may prompt you to call me back one month, one year, or even five years later and say you were not satisfied with the product.”

“Generally this means our prices are likely not to be the cheapest, as they are not based on cheap work. But they are likely not the most expensive either, as we always try to be competitive, BUT NEVER AT THE SACRIFICE OF QUALITY. We are very lucky as a business to have the customers that we do, and to be in the position that we are in. It will always be our mission to take care of these customers who we know take care of us.” Thank You! Matt Schaltenbrand, President

At Advanced Pressure and Gutter Cleaning, Inc., we are very fortunate and proud to have maintained such excellent work crews, crew leaders, and technicians in general.

It is very common for our crew members, who service your house, to have been with Advanced for 5 – 10 years or more. It is our philosophy that our business works best as a team. As a company, we take care of our employees and expect the same in return.

Our Employees are hired and employed based on many factors, but much of that being their very capable knowledge of the industry, and the specific tasks for which they are hired (as well as a great many other qualifications). Many of our employees possess extensive knowledge and skills in alternate, but often related services. This allows them to even further provide you (our customer) with the best service, and recommendations for your home. All of this skill, knowledge and training, allows us as a company the ability to provide exceptional service to you, our customer! 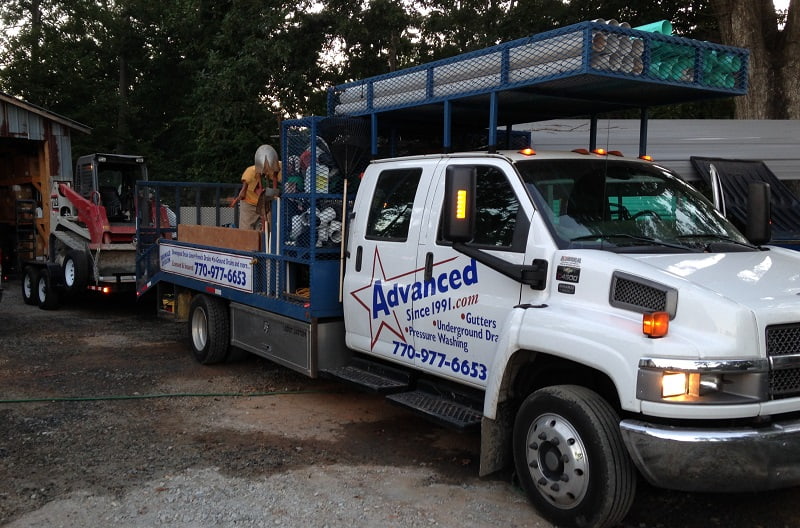 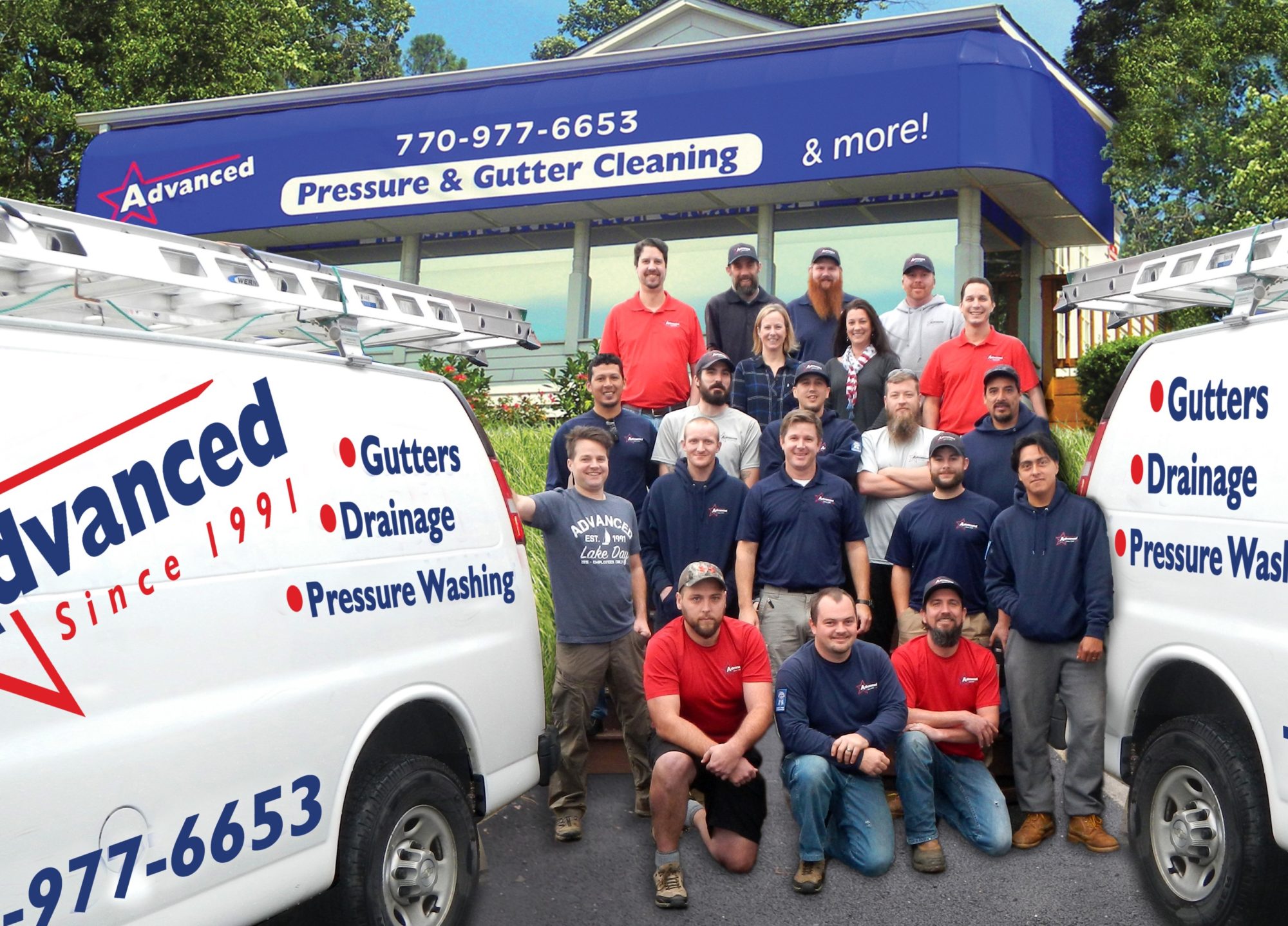 The Story of the Founder

How many business owners can say they literally grew up in their business? Not many. But Matt Schaltenbrand began learning and practicing his skills in all home repairs and maintenance issues at the age of seven.

Matt’s family had long been in the business of buying, renovating, renting, and selling homes since Matt was a toddler. “Can I hammer that nail, dad?” “Can I screw that in, dad?” That was Matt early-on, and that is Matt today. By the age of 10 – 12 years old, Matt had responsibilities in the family business. Matt was responsible for general tasks that would take place on all of these properties, commonly changing all door hardware, ceiling fans, and making general repairs anywhere and everywhere on a home, building, cleaning, painting, installing and in the ensuing years, Matt was introduced to just about every possible home repair or home maintenance issue.

In 1991, Matt was introduced to pressure washing, long before it was a common practice. He began working somewhat regularly in the business of pressure washing. Matt was only 15 years old at the time, and had another individual who worked with him, and drove, as Matt did not have his own drivers license. For the early years, working under the company name Advanced Services, Matt won a large amount of business continually in the same neighborhoods from referrals. In some occasions, Matt had actually done work for every homeowner down one side of the street. This is attributed to his care of the customers he works for.

Also, between the ages of 15 to 18 years old, Matt worked long hours for a local renovation and repair expert, Kurt Pettit Construction. While working with Kurt, Matt gained great knowledge in the aspects of foundations, and foundation repair, while working on some very interesting projects for extended periods. In addition to the foundation work, Matt worked with Kurt to complete several large jobs including complete tear downs and re-builds, and multi-level additions.

By 1994, Matt was working in all the above businesses, by the age of 18 years old, Matt was actually investing in properties on his own, and renovating these properties as needed. Doing most of the work himself. As part of his well-established attention to detail, Matt became his own very thorough property inspector, regularly evaluating run-down properties for potential purchase and thus, becoming keenly aware of many often “hidden” problems with homes. Matt carries that knowledge and uses it for every job Advanced Pressure & Gutter Cleaning does.

Also around the age of 18, Matt began to focus very seriously on the pressure washing business, working under the name Advanced Services, and with a few employees, specializing in residential pressure washing, gutter cleaning, and general deck care. Matt dropped out of high school in his senior year, as it was a matter of completing jobs for his customers, or going to school. Later he went to night school to finish high school, and then later to college for only courses in which he was interested. Mostly just business, and business law.

The company was formed and has grown from one additional employee in the beginning, to a large staff of professionals trained with unique skill sets, who are assigned to multiple job sites on a daily basis.

Over the years, Matt and his company have created, designed, or discovered new techniques, equipment and processes which have been adopted by other similar companies, and in some cases have become the benchmarks for professional pressure washers and gutter companies.

Matt Schaltenbrand has a story, and that story is important to your home. Matt is a talented professional who has never, and will never be satisfied with mediocrity in his work.

Matt has always been very humble about his knowledge and experience, even in allowing me to write this biography.

Matt has earned and will maintain his company’s Reputation For Legendary Quality And Work Performance.

As Matt states, “We know who our customers are, and we know we are in the business of repeat business. We will never do anything to sacrifice our foundation of repeat and referral customers. This simple culture at Advanced drives most of everything that we do.”